Team Corporation will work closely with you to understand your requirements and preferences. We will propose a system that meets those requirements and fits within your constraints. We will be clear about the advantages and disadvantages of the system we propose, giving you the information necessary to make informed decisions. By sharing our experience with the test engineers who specify and use your system, we can help maximize performance, reduce costs, and accelerate the delivery of your system.

From the first hydraulic shakers to the recent introduction of the first 6-degree-of-freedom systems, Team Corporation has introduced a long list of innovations. We have developed solutions for vibration testing of armaments and missiles, automobile components and vehicles, communication satellites, instrumentation of all types, military and civilian aircraft components, and shipping containers.

Our primary goal is to satisfy you, our customer. We will deliver only the highest quality product, back it with a solid warranty, and provide excellent service. Our products will meet your needs and expectations, and will give you years of trouble-free service.

We will never compromise our integrity. Our commitment is to deliver the system we quote, with the performance we quote, at the price we quote. We will honor our warranty, and support our equipment throughout its useful life.

We are and will continue to be, the leaders in vibration test equipment engineering and manufacturing. We have earned this position by consistently delivering the highest performance, most reliable hardware available. We will vigorously continue with product improvement and new product development.

Our field service engineers and technicians are highly skilled, and each of them has served a long apprenticeship at the factory. Armed with keen interpersonal skills and years of experience in the field they are at your service day and night anywhere in the world to keep your system in top condition.

In 1954, Team Corporation was founded by Vern Tauscher who began by manufacturing hydraulically driven rivet guns for the aircraft manufacturing industry. Demand for spacecraft development allowed Team to design and manufacture specialized equipment for use in early spacecraft testing. Team Corporation’s vibration simulation equipment has been used for quality and durability testing on everything from small printed circuit boards to satellites, launch vehicles, military transport vehicles, armaments, rail cars, automotive components, and more. The following chronology will offer some insight into Team Corporation’s history, and illustrate Team’s noteworthy accomplishments.

Team Corporation over the years... 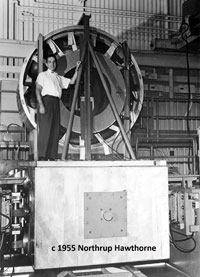 Wyle Laboratories became interested in this work and saw “hydrashakers” as the new wave of vibration testing. Wyle purchased the rights to the product from Northrop. Team Corporation continued manufacturing hydrashakers for Wyle.

Hydrashakers became famous for their application in vibration testing of the Apollo and Saturn Series of spacecraft. One of the largest setups is still in use at NASA’s Marshall Space Flight Center. This system consists of eight 50,000 lb heads configured in a circle. 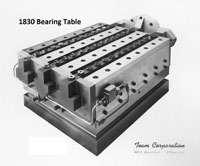 In the initial stages of America’s space program the need for an improved slip table system for vibration testing became apparent. Under contract to NASA, Team Corporation invented the Model 1830 T and V bearings. These innovative bearings are friction free, can carry both tension and compression and are incredibly stiff. Literally thousands of these bearings are in use all over the world restraining large structures during vibration testing.

The Model 1830 T and V bearings solve a major problem for customers who are trying to test packages with high centers of gravity. By using T’s and V’s test packages can be restrained to move in one axis only. No more pitching, yawing, or slip plate slapping.

Team Corporation, under the leadership of President Bob Tauscher, continued to design and manufacture special hydrostatic bearings for the vibration testing industry. Team developed zero friction hydrostatic spherical couplings, pad bearings, journal bearings and rotary tables. The accuracy and dependability that these unique bearings have brought to vibration testing have not been equaled.

The Rail Dynamics Laboratory in Pueblo, Colorado contracted Team Corporation (through Wyle Laboratories) to supply 8 actuators to simulate rail vibrations on rail cars and locomotives. The actuators are each 60,000 lb force, six inch stroke units. One actuator drives each wheel of the rail car. The system is powered by a 5000 hp hydraulic power supply.

Team Corporation was purchased by Derritron of England, an electrodynamic shaker manufacturer. The decision was made to market complete hydraulic vibration systems. This was a new direction for Team Corporation, which had previously been a supplier of components and special engineering services.

White Sands Missile Range contracted Team Corporation to design and build a six degree of freedom vibration test table. The table is used to test tanks and other tracked vehicles. The table is 8 ft. by 16 ft. and can support a full size tank.

Six independent degrees of motion (vertical, forward, and lateral linear motions: pitch, roll, and yaw rotational motions) are realized by the relative phasing of the actuators. The system uses a digital computer to control the motions. The system uses a 2000 hp hydraulic power supply to provide power for the vibration testing.

Team Corporation became well established in the Vibration Test Field. Sales improved dramatically, as hydraulic vibration testing became a viable and accepted alternative to electrodynamic shakers. Many new uses for hydraulic shakers were found and many technical milestones were achieved. 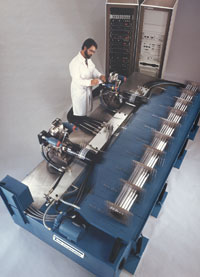 Air Bearings are sold to several customers to be used in the development of “Star Wars” space defense system equipment.

A special Nuclear Power Plant qualifications test system is developed and delivered to TVA for qualifying components of nuclear generators.

Other highlights from the 80’s include: 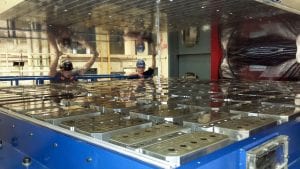 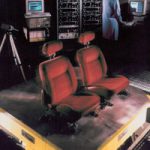 Team Corporation provides a unique, self-contained, 6 Degree of Freedom Test System to Johnson Controls for automobile seat development. The system features a built reaction mass and a new Team product, the Hydraball. The Hydraball is a large angle, hydrostatic ball and socket joint for multi-axis applications. 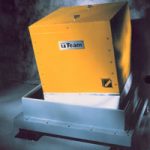 Entela Engineering and Testing Laboratories of Livonia, Michigan selected the CUBE™ as the centerpiece of their expansion into multi-axis vibration testing.

Labeco of Mooresville, Indiana selects the CUBE™ as the key component in a multi-axis loading system for a major supplier of automobile tires.

Lear Corporation of Southfield, Michigan selects a man-rated CUBE™ as part of their laboratory expansion. The system will be used to evaluate the ride comfort of Lear’s seating systems.

IMV Corporation of Japan selects the CUBE™ as a featured system in their facility.

Team continues to improve the CUBE™ design and in response to customer test requirements, develops the Model 2 and Model 3 versions which offer enhanced frequency range to 250Hz and larger vertical displacement to 4-inches. 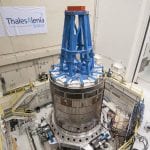 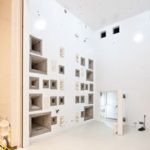 Team awarded contract to design, fabricate and install the largest multi-axis mechanical vibration system of its kind for NASA’s next generation Orion project. Team was also asked to supply its unique air modulators for integration into the largest reverberant acoustic test facility of its kind at NASA’s Plumbrook facility.

Team developed and sold the next generation Tensor TE6-18000 which boasts six degree of freedom capability up to 2kHz. This system is near completion and will be delivered mid-2012.

Team engineers and develops components for a unique multi axis test system to be installed at the US Army Redstone facility. Team also designs and manufactures specialty actuators and components for integration into a satellite system in Europe.

As a leading vibration testing equipment supplier, Team Corporation continues to develop new products and applications for Hydrashakers. With the help of a superb world-wide network of manufacturer’s representatives and agents, Team Corporation is capturing new markets and setting new standards for performance and service. 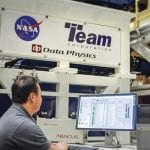 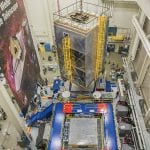 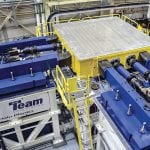 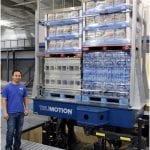 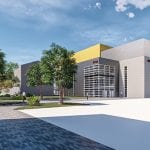 Contracts worth £19 million have been awarded for the first of the major facilities for the National Satellite Test Facility (NSTF) which is to be built and operated by the Science & Technology Facilities Council’s (STFC) RAL Space on behalf of the UK government.

The contracts are the first steps in meeting the UK space industry’s need for a set of co-located world-class facilities for environmental testing of space payloads and satellites.

How Can we help?

Put us to the test. Contact Team today to discuss your future test system requirements or to request service or preventative maintenance on an existing system. We look forward to working with you.